The Lord blessed my son 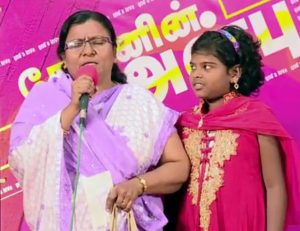 Praise the Lord. I am blessed with two sons. Both of them have completed B.E and were working in Bombay. As they had to rent a house and stay there, their salary was not sufficient to pay their house rent and for the food. I was much worried as to what would happen to them. At that time, I attended the meeting Anbarin Paathathil Oru Naal. After the meeting when I went out, one of my son called me and told that he got an appointment order from Nigeria for the post of a manager. The following month, Brother Stephen prayed for my son and told me, “Send your son for that job. The Lord will exalt him and will do wonders in his life”. Exactly as brother said, we sent him. By the abundant grace of God, the company paid for his ticket of Rs.1Lakh.

I thank the Lord for this blessing. I also thank Brother Stephen for praying for my son.