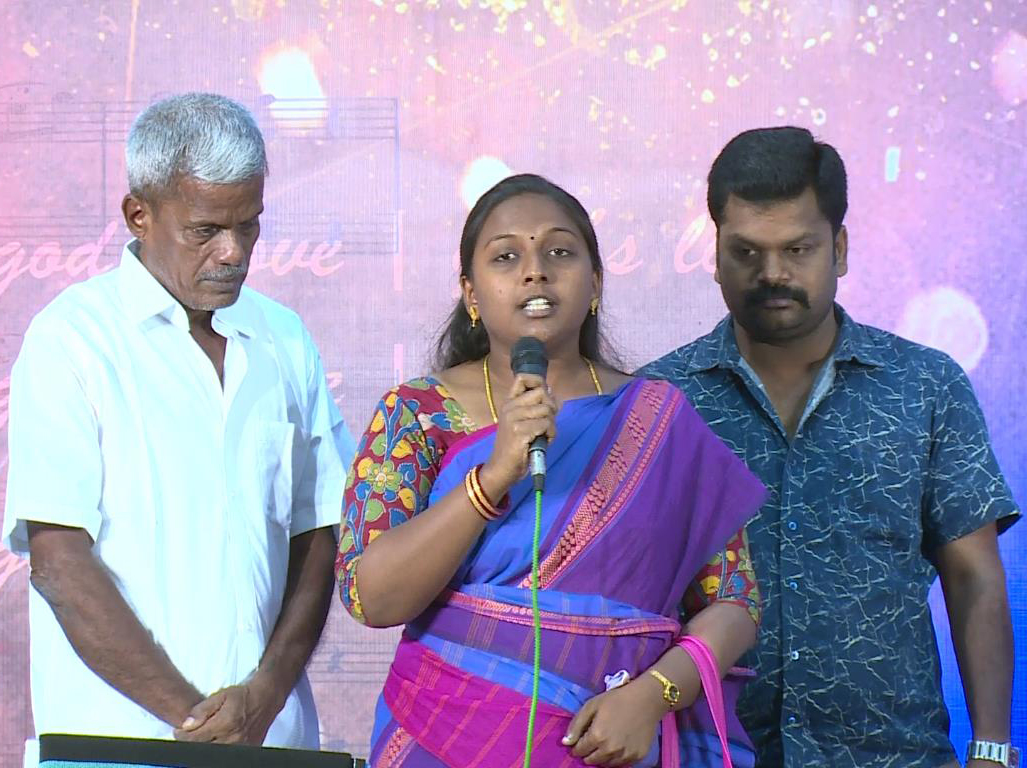 I am Kanimozhi from Mogappair. My father-in-law was very sick and had been hospitalized for almost a month. He was in the ICU for two weeks. He was suffering from the disease Myasthenia Gravis. It is a disease which affects all the muscles. This disease affects 1 in  20,000 people. We lost all hopes when he did not respond to any medication. That was when my husband and I attended  the Anbarin Paathathil Oru Naal Meeting and during the final individual prayer, Brother prayed and said “From this day forth, there will be a DIVINE healing.” Exactly as Brother prayed, my father-in-law started to recover slowly. We were able to witness the process of recovery day-by-day. He was unable to open his eyes, not able to walk and such more. But from the day Brother prayed, he began to recover slowly and is now able to do his work on his own. By the grace of God we were able to discharge him from the hospital. He is perfectly alright now.

I thank and praise God for His Divine healing. I also thank Brother Stephen for his prayers.